In this post, I’ll share some of the most popular D&D alternatives, some totally different yet equally fun RPGS, some entirely unique games, and some quirky shorter games that you might be able to finish in one sitting. Enjoy!

First up are the D&D clones, spin-offs, and fan-made variations on the popular tabletop game. These games are typically set in a fantasy world similar to D&D and use similar mechanics to those found in D&D.

Pathfinder is perhaps the most popular tabletop RPG in the world after Dungeons & Dragons. Its origins actually derive from the D&D 3rd Edition rules and should be very familiar to anyone who has played that edition. Many avid tabletop gamers actually consider Pathfinder “D&D 3.5.” What Pathfinder offers over D&D is a much broader scope of its fantasy, encompassing steampunk elements and many races, weapons, skills, and settings that would typically fall out of the “high fantasy” world of D&D. Also, because of its homebrew roots, it has a huge community constantly turning out more homebrew content.

If you’re looking for a D&D experience, but don’t want to learn dozens and dozens of rules, keep a massive clutter of sheets and dice, or lug around a half dozen hardcover books with you all the time, Quest is the game for you. Quest eliminates and streamlines many of the rules than tend to bog down D&D games so the DM and players can stay focused on the story and action at hand. It also simplifies character creation and leveling up, managing your resources, spell and weapon mechanics, and greatly reduces the number of stats you need to track on your character sheet.

How to start with this one…DtD40k is a bastardization of D&D that merges the two universes of Dungeons & Dragons with Warhammer 40k into one beautifully irreverent tabletop roleplaying game. Created by blogger LawfulNice in 2011, DtD40k has since had a few revisions and supplements published. DtD40k is a fantastic option for those who like D&D or Warhammer 40k, but don’t want to take themselves too seriously. Also, it’s free, so that’s awesome too!

A self-described “re-imagining of the original” Dungeons & Dragons. Old School Hack offers the simplicity and purity of first edition D&D from back in the day with some tweaks that take advantage of some of the better ideas adopted by later versions. Old School hack is entirely free to play and fairly easy to learn in terms of tabletop RPGs.

If you’re looking to run a multi-session campaign with a wide range of character customization options and a depth of gameplay mechanics, but don’t care for D&D’s rules, these games may be just what you’re looking for.

Gateway is a generic roleplaying ruleset that can be used for any setting. It is based heavily on the mechanics of 5th Edition D&D, by which I mean it uses the same abilities, advantage/disadvantage mechanics, many of the same skills, as well as armor, attacking, and skill checks. The benefit of Gateway is it is streamlined and simplified to the point of being applicable to any setting, not just fantasy. It’s free and easy to pick up, especially for experienced D&Ders. This might be a great option for teaching people the basics of D&D before launching into a full 5th Edition campaign or for those already familiar with D&D, but hate getting bogged down in the mechanics and math.

monster of the week

Inspired by such television shows as X-Files, Buffy the Vampire Slayer, and Stranger Things, Monster of the Week tasks the players (Hunters) with finding and dealing with the mysterious monster stalking their hometown. MotW definitely leans more on the narrative, rather than combat, side of roleplaying games. Because each Hunter can be killed in just a few hits, players will be relying on their strategic and social skills more than brute strength or magic.

The Fate system is an great tabletop roleplaying system that can be applied to any setting or play style. A Fate game is very character-centric, meaning player’s create their character as they see fit, from the race and backstory to their abilities and skills, as opposed to choosing attributes from predefined lists (alla D&D). There is a streamlined version of Fate Core called Fate Accelerated that even further simplified game mechanics. Best of all they’re both free!

GURPS, or Generic Universal RolePlaying System, is exactly as it sounds. It’s basically an old edition of D&D boiled down to its base components, abilities, skills, and checks. One thing that makes GURPS unique, are its “advantages” and “disadvantages” attributes that give unique bonuses or penalties to characters based off their background or environmental factors. There are dozens and dozens of fan-made adventure books written for GURPS in as many genres and settings. The rulebook (GURPS Lite) is only 32 pages and free to download from their website.

Savage Worlds is a well-established roleplaying game ruleset that can be tailored to virtually any setting or play style.  In comparison to D&D, Savage Worlds gives you more control over your character creation and implements a clever system of flaws, or “hindrances”, that have various effects on gameplay. There’s also an interesting mechanic for controlling player allies or henchmen. SWADE is an incredibly comprehensive and clever ruleset that provides a lot of neat gameplay mechanics for DMs and players alike.

These games are more weighted toward the narrative, rather than, combat or gameplay mechanics, side of roleplaying games. If you enjoy scheming with other players or deceiving NPCs more than raiding dungeons and fighting monsters, these are the games for you.

Fiasco is a fantastically clever game in which players take on the roles of individuals caught up in a disastrous situation. Any experienced player of roleplaying games knows the most memorable and fun parts of a game are when everything goes hilariously wrong. Fiasco is one hilariously colossal failure. If you’re a fan of the Coen brothers films, you must play this game. The Fiasco team ran a successful kickstarter campaign in 2019 to produce a streamlined, card-based version of Fiasco that should be out sometime in 2020. Both versions of the game require no DM, which may be its most appealing aspect altogether.

In Goblin Quest, each player will play a band of unfortunate goblins tasked with carrying out a series of simple tasks without before meeting their almost inevitable demise. The game doesn’t require a DM, though they do include an option for one if you so choose, and is incredibly simple to learn, requiring only a simple six-sided die. The game emphasizes creative problem solving and storytelling over complex gameplay mechanics.

Dread is a roleplaying game for people looking for a tense, anxiety-inducing storyline they can build and share together with friends without having to worry about complex rules that inhibit the flow of the game. Instead of rolling dice and looking at charts, Dread uses a Jenga tower (that’s right, a Jenga tower) to determine the outcome of players’ choices. When the tower collapses, the player that caused it to collapse is out of the game. There’s more to it than that of course, but it is a fantastic mechanic for maintaining a horror story.

Icarus is a “GM-less collaborative storytelling game about how civilizations fall.” Players work together to create a monument, represented by stacking dice, to their civilization. Each player will take on the role of a leader of a certain “pillar” of the society (art, technology, agriculture, law, etc.), each with their own ideals and failings that shape their motives. Icarus is a fantastic game for collaborative storytelling where players can not only develop their own characters, but their own shared world.

Unlike traditional “survival” horror games in which players work together to overcome a certain threat (Dread, Monster of the Week), Ten Candles defines itself as a “tragic horror” game where players’ actions shape the outcome of the story before their inevitable deaths. The gameplay is relatively simple, using multiple six-sided dice and actual candles to shape the outcome of each scene. Ten Candles is a nice choice for groups that want a spooky atmosphere, but find Dread’s mechanics too simple and lack of character creation a no-go.

One of the most creative and unique games on this list, The Quiet Year is a map-building game in which players cooperatively tell the tale of one year in the life of a small community surviving in a post-apocalyptic world. The game is played with a standard deck of poker cards, each card representing an event occurring in a given week in the year. Players take turns drawing cards at random, building on the story, and blah. There is also a companion game called The Deep Forest that works very similarly, only players are a band of monsters seeking refuge from pursuing humans.

check out more rpgs that are not D&D!

3 thoughts on “RPGs other than D&D”

RPGs other than D&D 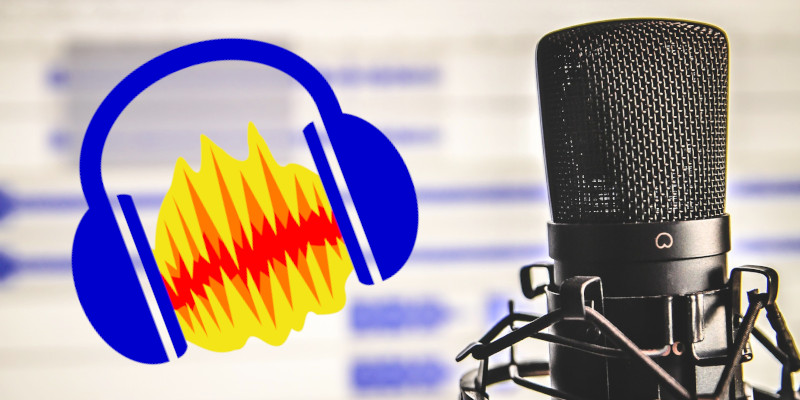 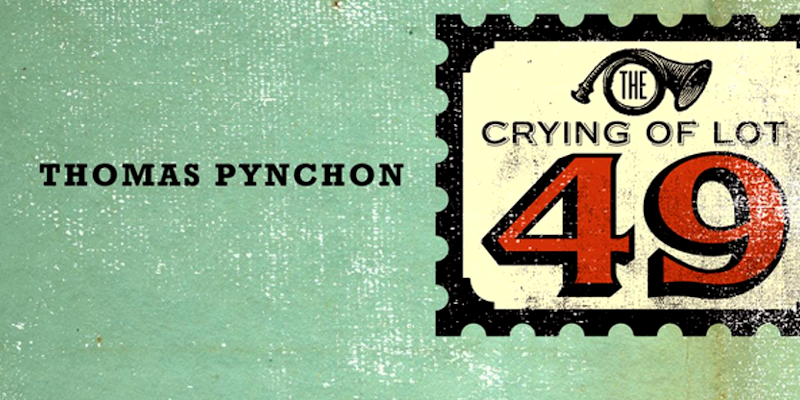 The Crying of Lot 49: Annotated 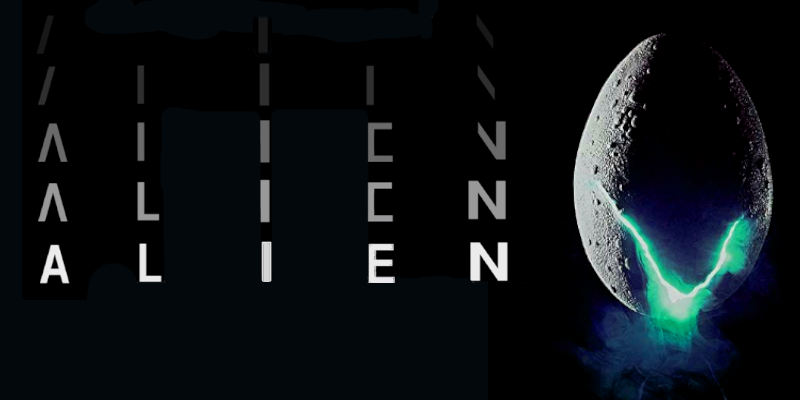